What a nice surprise when I went to my book, Written Across the Genres, on Amazon and found new reviews. The book has 8 five stars and 1 four stars rating. I appreciate all of you who wrote reviews, and the most recent one by MBTG. Who are you, MBTG? I’d like to thank you personally.

Here is the review:

Julaina Kleist-Corwin is an innovative editor, gliding us seamlessly through a stellar collection of stories such as sci-fi, romance, and historical fiction to young adult, memoir and travel, contributed by new and established authors. “Countdown” recounts a well-written tale of man vs. computer virus and ends with unpredictable results. “White Bitch,” an intriguing, tension filled memoir exposes racial tension in Oakland, California in a way you can’t put down. Prize winning poet, Albert Rothman, rounds out the novel in an exceptional manner. “A Brooklyn Odyssey” will take your breath away. This collection is not to be missed. It includes everyone’s favorite genre.

Here is the link for the reviews on Amazon:
http://www.amazon.com/Written-Across-Genres-P-Chinick/product-reviews/1937303217/ref=cm_cr_dp_se

Elaine Schmitz, author of  Recipes & Recollections of My Greek-American Family, organizes a reading group that I joined this month. The six people in the group take turns recommending a book for everyone to read and then they meet once a month to discuss the chosen book. Elaine’s choice for January was The Best American Short Stories 2014.

She has read each year’s version of this book for ten years. It was interesting to hear her compare the story trends over the years. Four readers attended today. Two of us loved the stories and the other two thought they were too depressing. As we talked about the protagonists and their situations and environments, we all agreed that as writers, we learned about the way the authors drew us into the plot, how the characters changed or didn’t change, and why the editor picked those particular stories. We reviewed which stories took risks formally, structurally, and in terms of subject matter. Although we didn’t give the same examples, we could understand why our members shared their view with differing stories.

Jennifer Egan, the editor explained that the series editor, Heidi Pitlor, winnowed 208 publications to 120 individual stories and then Egan had to choose the final 20. Pitlor stated in the Foreword that Egan looked for stories that went somewhere new and strange. “She wanted to surprise and confound.” These stories certainly fulfilled her criteria.

For me the anthology is a page turner. I wanted to read the next story because I enjoyed the last one. I disliked only 3 out of the 20. The other 17 were mind expanding and influenced my writing. They modeled unusual approaches to deepening a story. I highly recommend the book.

California Writers Club Tri-Valley Branch members’ books are displayed this month at the Pleasanton Library. My anthology, Written Across the Genres, is on the top shelf to the left.

I’m working on having a copy for check out in as many libraries as possible but it is a long process. So far, Written Across the Genres is available for check out and is in the permanent archives at the Boston, MA, library.

I’m waiting to hear back from the Foster City Library and the Oakland District Libraries for inclusion. As a member of Women’s National Book Association, I want Written Across the Genres to be available to people who can’t afford to buy it.  I’m happy that those of you who have stories, essays, novel excerpts, and poems in the anthology will be widely read. 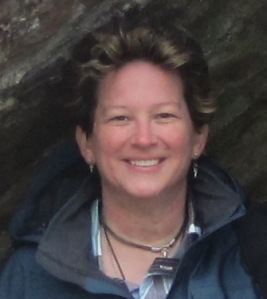 Jordan Bernal is president of The California Writers Club, Tri-Valley Writers Chapter. She has won awards for her recently published novel, The Keepers of Eire, and has several stories and poems in various publications.

In my anthology, Written Across the Genres, Jordan has an essay titled “Reflections”, a poem called “Dreams”,  and a novel excerpt from The Keepers of Eire. An interview with her is below.

Julaina:  Who is your favorite author and genre?

Jordan: I love Anne McCaffrey. Her Dragonriders of Pern series encouraged me to use my imagination. I was able to delve into the world of dragons and become a dragonrider—how fantastic is that?

Julaina:  Why do you write?

Jordan: When I read I want to immerse myself in another world, another life, not the ordinary. My writing is a way to share my love of dragons and imagination with others.

Jordan: I write in various places: the Danville library or Peet’s Coffee are the most prevalent. I like to put in my ear buds and crank up the music in my iPod shuffle, so once I’m in the zone, the location doesn’t really register with me. I just need a place where I’m not interrupted.

Julaina: What are you working on now?

Jordan: Book 2 of my Keepers series, The Keepers of Caledonia.

Julaina: Looking forward to Books 2 and 3. Thanks, Jordan. 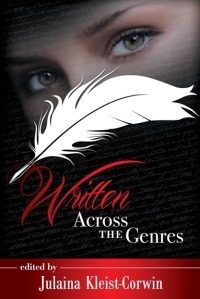 In my anthology, George Cramer has an essay titled, “Why I Hate D.E.E.R.” in which he takes the reader on a ride to see why deer are a hazard when he’s on a motorcycle road trip. George also has a novel in progress excerpt in the anthology called “A Tale of Robbers and Cops” in which two brothers have to prove their worth in order to be included in a group of criminals. They execute a prank that is not only funny but brings them a bonus. Here is an interview with George Cramer.

Julaina: Who is your favorite author?

George: Without a doubt, Bernard Cornwell. He writes historical novels in such a manner that I can see, feel, and hear his characters. I’ve read all twenty-four novels in his Richard Sharpe series about the Napoleonic Wars. When I visited Salamanca, Spain and Porto, Portugal, it was as though his protagonist, Richard Sharp, was walking the battlefields with me.

Julaina:  Why do you write?

George: I stepped into your “Polish Your Writing” class by accident about two years ago. After my first writing assignment, I’ve been unable to stop. If I allow a day to go by without writing, I’ve wasted a day.

George: At the Dublin Senior Center, this is where I’m most productive. When I have trouble with my laptop, I return to my home office.

Julaina:  What are you working on now?

George: I’ve got three novels in the works, two crime stories and one romance. In addition, I try to write at least one short story a week.

Julaina: I’ve read parts of those novels and I’m looking forward to seeing them in print. Thanks, George.

Brodi Ashton in Everneath said “Heroes are made by the paths they choose, not the powers they are graced with.”

I’m editing submissions I have received for my new anthology, Choices.

The entries to my poetry contest about choices are with my poet/friend judges. Winners will be announced in early August.

I’ve been asked to serve as Mistress of Ceremony at the Oakland Senior Center’s Book Launch and Reception this month. I enjoyed doing it two years ago and I’m honored to do it again. The title of the anthology this year is WORD MOVER. Several writers from my writing classes will have stories in it including me.

J. Kleist-Corwin
Create a free website or blog at WordPress.com.